Biggavel had so many different records to this one beat and honestly, I can see why. This beat is one of the most powerful beats I ever heard Max B on before. Outta the many versions, I will say this happens to be my favorite, even though its no longer than 2 minutes. Ironically, this song title kinda fits Biggavel, based off his biggest mistake to date which has him in jail for the next 75 years. This picture is such a sad reality that he, his son, family and friends have to deal day to day now. #FREEMAXB

Charles Hamilton – The Honeymoon’s Over

I was building with the homie Made on Twitter just the other day about Charles Hamilton. My personal opinion about the man and his music: weird and cocky but talented. His style was different from the rest of the newcomers in his time coming up, his bars was dope at times but mainly respectable and his production skills were tough. I think Charles got caught up in the hype of being signed to Interscope, cyphering with Game & Kanye West and having Lacey Duvalle as leading lady in his Brooklyn Girls video. It seemed like he was to be a type Harlem dude but only when in music, his cockiness didn’t the quality of his music. Not saying his music wasnt dope but he used to pop ish like he was the greatest thing since slice bread. I miss Charles tho, no homo. I wish he mounts a vicious comeback in the near future. I think people always threw too much shade at him over the whole snuff by Bria ish. There’s nothing in that situation he could do because what if he woulda hit her back on camera, people woulda wrote him off as the Chris Brown of Rap. Anywhoo, here’s a record talking about when a love is lost between two people. BTW, I always loved Newz’ version of this sample, probably one of the greatest mixtape records ever.

Charles Hamilton – The Honeymoon’s Over 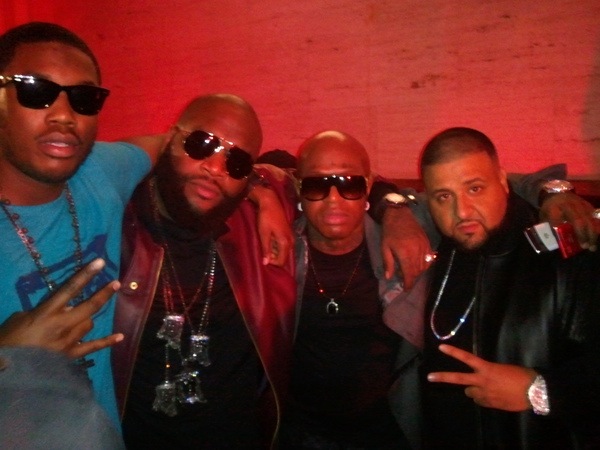 As you all probably heard already, Meek Mill is officially signed to Rick Ross’ label, Maybach Music Group, shortly after Wale made his annoucement. Now I think it was a great move for Meek because over there at the house Clifford built and destroyed, you only going as far as he lets you and you see how things are going for Young Dro, Big Kuntry and Yung LA. HA! Ross is making power moves by signing Wale and Meek but I wonder what he has in store for Young Dice aka Maybach Dice. I’m heavy on my Queens supportive ish so I always show love to the home acts before anybody else. Call it bias, cool but I call it making sure your backyard is straighten up before you leave out to go elsewhere. Here’s something new from the boss of MMG and their newest signee, produced by the greatest producer of all time, The Alchemist.

Posted in Fresh Off The Stove, Rap | Leave a comment

Marsha Ambrosius is a former singer from the soul group Floetry as you all should know. Providing some of the nicest features over the last couple years, she decided to do her solo dolo thing, which is a great decision. Her voice is beautiful and powerful at the same time and deserves to be taken to another level. This record right here represents as a feeling of being a part from that special somebody like I am this year. Enjoy this one. Justin Blaze handles the production for Marsha on this one too.

Posted in Fresh Off The Stove, Slow Jams | Leave a comment

Here’s an incomplete R&B record from Drake. Now I always think Drake is at home when he does work in the slow jam arena over regular rapping. I don’t know what he plans on doing with it or if he was just referencing it for someone else but I must say it’s a banger nonetheless. A lot of the reference records he puts out sounds out a whole better than the record when its complete using the other artists’ vocals. Like the record says, this could be something. I’ll wait for the complete version when it does drop.

Happy Valentine’s Day to all of the lovers in the world. Like I said yesterday, I’m going to blessing the people with nothing but the slow jams. This post takes me back to 2001 when Ja Rule had the whole industry sowed up. I dont care what anybody has to say, I still listen to Ja Rule even to this day and this was one of the better records he was featured/had from that era. Mary J. Blige is a legend in her own right and was a favorite for mom dukes’. Here’s a classic for your listening pleasure.

Here’s a record I’m absolutely sure will set the mood off right on the very late night. Ludacris and Trey Songz knew they had an classic on their hands when they hit the lab up for this one. A PRINCEPBS stamp of approval!!!!

Posted in Classic, Slow Jams | Leave a comment
My Blog